Tesla software update to release ‘autopilot’ in Canada next week

Tesla CEO, Elon Musk confirmed via Twitter, that Canadians can expect the release of ‘Navigate on Autopilot’ (NA) next week.

In response to a November 21st tweet by Tesla Model 3 Owners Club, the company leaders said that NA should be released in Canada next week.

‘Navigate on Autopilot’ was initially released to Tesla owners via an early software access program –  known as software version 9 –  which was released on September 9th.

The new Tesla software update, which enabled the company’s electric cars to intelligently change lanes with driver confirmation and transition from one freeway to another, was delayed with V9’s initial release.

Musk confirmed that the company needed a couple of weeks to test the feature before they officially decided to release the Tesla software update for all drivers to use.

In a blog post announcing Navigate on Autopilot, the company noted that the future updates would allow drivers to ‘waive confirmation requirements’ like turn signals when changing lanes or overtaking other vehicles.

“While initially, the feature will require drivers to confirm lane changes using the turn stalk before the car moves into an adjacent lane, future versions of Navigate on Autopilot will allow customers to waive the confirmation requirement if they choose to. In both of these scenarios, until truly driverless cars are validated and approved by regulators, drivers are responsible for, and must remain in control of, their car at all times,” Tesla said.

The imminent release of NA in Canada comes after Tesla won the case against the Ontario government over electric vehicles rebates in June.

Ontario’s new government stopped the Electric and Hydrogen Vehicle Incentive Program (EHVIP), a scheme which gave EV buyers rebates of up to $14,000 on qualifying cars.

The government said that the scheme would only be given to vehicles ordered through a dealership if they are delivered and registered before September 10th.

For vehicles ordered from a non-dealer, like Tesla, the incentive program stopped immediately.

Following the cancellation of electric vehicles rebates Tesla said that they lost sales. Tesla also argued that their decision was “unjustified” and, as a result, impacted customers.

The Ontario Court agreed and ruled that the government’s actions were unfair and unlawful.

Following Tesla’s win, the company decided to send out an email to former Model 3 holders to order the electric sedan. In the email, Tesla said that customers can now claim the EHVIP rebate. 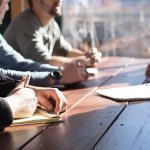 Get organised: four steps to the ideal deployment plan 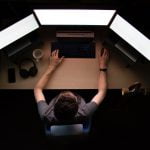 How Coronavirus is accelerating digital transformation and managed services