Reuters has unearthed new documents which allegedly show the connections between Chinese telecommunications company Huawei and two shell companies in Iran and Syria.

The companies in question are Hong-Kong-based Skycom Tech Co. Ltd and its shell company Canicula Holdings Ltd, a company based in Mauritius.

The corporate filings appear to show that a high-level Huawei executive had been appointed as Skycom’s Iran manager.

The document also revealed that three Chinese-named individuals had signed rights to bank accounts in Iran for both Huawei and Skycom in Iran.

It was also revealed by Middle Eastern lawyer that Huawei had conducted operations in Syria through Canicula.

The U.S claims that Huawei used these firms to sell telecom equipment to Iran and launder money via the international banking system.

The discovery of these new documents supports U.S. allegation against Huawei CFO Meng Wanzhou, who was detained in Canada in early December.

U.S. authorities say that Ms. Meng and other Huawei employee repeatedly lied to U.S banks in order to clear dollar transactions, which as a result, violated U.S. sanctions against Iran.

Reuters report also states that the documents revealed that Ms. Meng served on the Skycom’s board of directors in February 2008 and April 2009.

According to the report, Ms.Meng failed to respond to a request for comment by Reuters, and Huawei also declined to answer any questions related to these new documents.

Meng was released on $10m bail on December 11 but remains in Vancouver as the U.S extradite her for deceiving financial institutions. 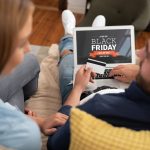 Online security must be prioritised during Black Friday period 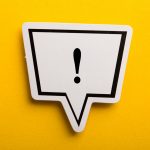 Capital One staff raised concerns over security before breach happened 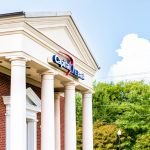 Your form has been submitted

Thank you %NAME% for subscribing to our newsletter.

We faced problems while connecting to the server or receiving data from the server. Please wait for a few seconds and try again.

If the problem persists, then check your internet connectivity. If all other sites open fine, then please contact the administrator of this website with the following information.

Some error has occured.